And Greece it was! Athens, Santorini, Sunio and Pelion. Quite a line-up! Overall impression – not too crowded this year. I guess the economic crisis has something to do with it. I’ve been told, in Greece it is common to get a loan from the bank in order to go on vacation (that is mostly true about families with a couple of kids, but I suspect, it should not be limited to them). It seems this year many cannot afford it. I should consider myself lucky.

Athens – the new Acropolis museum. I still remember now the philosophical shaking and trembling as I first walked up and down the paths on the Acropolis hill. Five years ago. The heat, the white stones, the droning of the cicadas. I tried to imagine scenes from Plato’s dialogue taking place there. Socrates sweating and talking about love, geometry or truth. It has been pretty much the same now, seeing the stuff in the new museum again. However, the heat was missing. And the cicadas. But the beautiful statues of the Kori, the reliefs, the frescos, they all still impress.

On a different note, I should not forget that one should not be too involved with feasting at a dinner table while in his proximity a whole relationship drama unveils. Always keep an eye open!

Santorini should be The Island in Greece. And, of course, it was impressive. Dramatic scenery, good wine and gorgeous sunsets. But there are no beautiful beaches, really, and when the Meltemi (north wind) blows (which was the case this summer) you almost cannot go swimming. The sun disappearing behind Folegandros every evening gave way to cheers and clapping. Thousands of blitzes going off, masses of people clustering on the ruins in Kastro, on fences or houses’ roofs in Oia just to see the same thing over and over again. Well, let me give you the news: the sun will always go down that way. No surprises! (But, somehow, one is caught up with it and goes along – although I made more pictures of people taking pictures and of the moon – glimmering shyly in the sky –  than of the sunset). And then, hurry up for dinner! Which was mostly good but rather on the expensive side. Oh, that is another thing! It happened to me only twice that I had to pay 18€ for two beers – once it was in Paris (and I thought they still had the bills in francs; I was mistaken) and now, on Santorini. In Paris it was the club (though I cannot remember the name right now but it was supposed to be an ‘in’ club. I only know it was in Le Marais). On Santorini it was the sunset (a red horizon, a windmill on the right, and two Chinese martial arts champions who had the good idea to strip to the waist) right in front of us. That cannot go without a rise in price!

Anyway, since swimming wasn’t on the list, I read. I finished Poisson d’or (LeClezio), The Amazing Adventures of Kavalier & Clay (Chabon), The Selfish Gene (Dawkins). But more on this later. 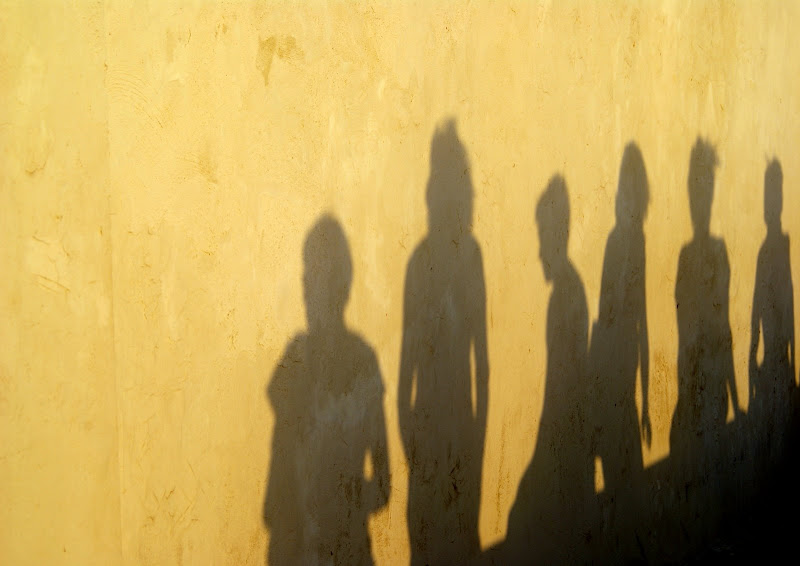 What else was on the list? Drinking frappe, smoking (a habit I take every year as soon as I put foot on Greek soil – it cannot be otherwise – and it only lasts two weeks!), living on watermelon and feta cheese and yoghurt with honey and nuts till dinner, taking photos, riding the bus up and down the island (why bother renting a car?), eavesdropping at discussions being lead at nearby tables (it could be a funny enterprise sometimes), etc. etc. Oh, and did I mention the sunset? And the stunning views? And the people clapping? 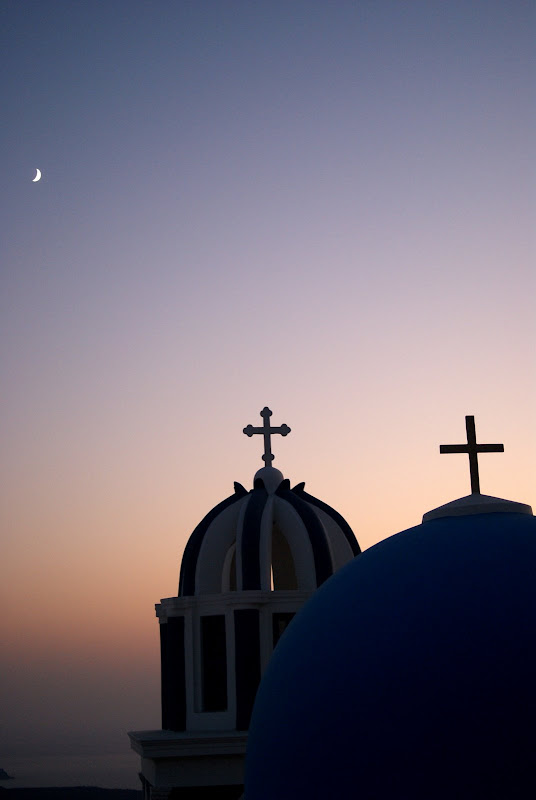 Sounio, Cap Sounion (perhaps better) lies at the southern end of the Attica peninsula (and, I’ve been told, the sunsets there are the most wonderful in the world – figure that!). A Poseidon temple overlooks the sea and I can imagine the spectacle the sun would put up every evening there. I wonder if there is anyone clapping too.

Pelion, is still a hidden treasure. The only drawback is the driving. First, a bit more than 4 hours from Athens and then, once there, you have to go by car everywhere. There is no other way. But you’re rewarded: nice beaches (certainly on top of a possible list of Greek beaches I’ve been to), luxuriant vegetation, good food. It was the second time I was there and, again, it did not fail to impress. In Fakistra I swam for almost an hour continuously, to make up for the reading days in Santorini. The good, little, red Barbuni fishes we had in a fish tavern, the fried anchovies, the calamari, horta, horta… The music in the Mylopotamos bar (run by two old brothers – my fantasy, I confess, but they looked alike), the beach there as well… The huge capers growing on the path to the car park. 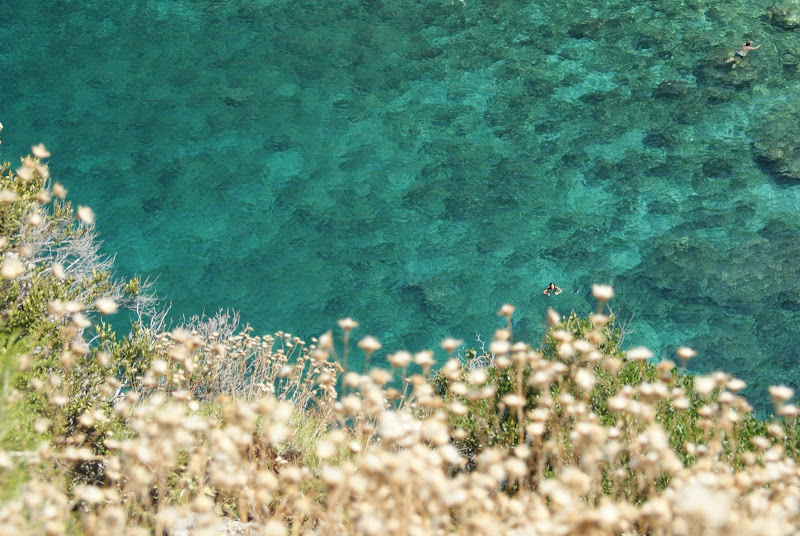 I think it will keep being a destination for the future. A few days at a time would be perfect.

But now I’m back…