Sarah Thornton – Seven Days in the Artworld. Well, this was an eye-opening book. I did not read it for the plot (there is none) and the writing itself is rather weak and often self flattering. There’s not much in the way of an analysis of the artworld (from artists to the art market) but more of a show off, naming names and places and putting oneself there and then, together with these people who are the important ones in the world of art. Well, but that’s all I needed. Made my list already and started checking up. I just have to keep up the tempo (although it is a bit maddening – I have to go through all the names pretty much every day). And I can only hope it will bring me somewhere one day. The more I know, the better.

I cannot believe it took her 5 years to write this book!

Julian Barnes – Arthur and George. A long book. A mixture of policier, documentary, historical novel. But a good one. Hello, Sherlock Holmes! BTW, I think next week the new movie will be in the theaters already. Might try to see it.

Richard David Precht – Liebe: Ein unordentliches Gefühl. Am through with half of it (reading in German is not my forte – I need time) but I am not sure it’s going to be the wow I expected. And I simply hate the ad hominem arguments popping up here and there. That’s not nice, Mr. RDP! Not nice at all!

Susan Sontag – On Photography. Good essays. There is lots to learn about photography in this book. It’s a good analysis, written at a time when film photography started to be mass available. A bit outdated, one would think. Well, I don’t think so! What we go through now with digital is pretty much the same with what happened in the 60’s and 70’s. Again, many names in the book. Some I knew already, some I had to look up. In any case, I have revised (a little bit, at least) my relationship with photography. I need to take things a bit slower when I take pictures. I need to think a bit more and not leave almost everything to the accident. “Just shoot! There will be a good frame you could choose in the multitude you make!” – well, I have to say good bye to this approach. I have to crank it down a notch. Take it slower… L’instant decisif has nothing to do with hurrying up. It has more to do with waiting and waiting and waiting until the time is ripe. Take the scene in, make yourself invisible, keep being interested…

Zoe Leonard – At MUMOK. The photographer gathered quite a lot of life experiences. All the things she’s been through, all the jobs she’s done! I like her BW photos. The ones of railway tracks and the Niagara falls and of trees swallowing up fences and iron rods. I am not that sure about the Analogue series. I have to think about it a little more before I come to a conclusion.

Gender Check – (MUMOK) still ongoing for me. I only saw a part of it. Must go back again (which I can do now as often as I want with my new museums card).

The Impressionists – Albertina. There are some nice paintings in the show but nothing to die for. I found the explanations and the examples of fake paintings (a Monet landscape put next to a copy, etc.) pretty obvious. But I started thinking about the evolution of pigments and is something I will be looking into rather soon.

I found it funny that in the upper right corner of a Cezanne painting hang a piece of a paper tissue the cleaning lady used to clean the glass screen with.

What do people who work in museums do when their work there is done? I do not mean the curators, etc. but the cleaning people, the workers hanging the art. Do they know who the artists are? Do they ask? Do they go home and check their prices on Artprice or Artnet? (Well, I cannot imagine they’d have an account for it but you get my point). In MUMOK there were two well built guys, more in the way of bodyguards than museum guards who were walking here and there along a wall and who kept talking and talking. They talk about what car does X drive and if it works well. It was a BMW, it was supposed to work well. They talked about Y’s wife and her tits. But they also talked about the world wide web. One of them had a bit of troubles remembering what the WWW stands for but together they solved the mystery in less than 10 min worth of walking. What do you want? I think they were a bit over 40. Things like this happen… Don’t they?

Das Weiße Band – A bit of a shock with this movie. After two and a half hours, when the it comes rather abruptly to an end, I kept looking around thinking “Was that it?”. I wanted more! Haneke did a very good job. He tried to make this movie in Austria but did not find anyone who’d be willing to support him financially. In Germany he had more luck. And now the prizes start raining in… I saw an interview with him where he talks about the work and how they spent months only trying to find the right people for the roles. They screened about 7000 kids and they chose only 10. Pretty much the same was with the adults. They combed the surroundings in northern Germany, where they shot most of the scenes, but did not find enough people. Half of the extras (about 100) come from small villages in Romania. Why? That is where Haneke found people who still look like farmers living in Germany a hundred years ago. All he was looking for were real farmers’ faces… However, the most interesting thing about the movie is the fact that with it Haneke wanted to point out a possible development that lead to the emergence of fascism and NS in Germany.

Avatar – Schwarzenegger at the Golden Globe Awards joked, “If you did not see this movie… you are perhaps the only one…” Judging after the money it makes, it seems to be true. Anyhow, one does/should not see it for the story (we know it and we saw it a million times) but for the special effects, the 3D, etc. Only to get an idea about what the Motion Picture industry can make these days. Well, it can make a lot. Or should I say what WETA can make? Using computers running Linux in that far corner of the world that is New Zeeland. Well, WETA can make a lot.

But let me tell you a little story: Margaret Mead went to Samoa in the ’20s to study the primitive societies. And she wrote a book about it – Coming of Age in Samoa and she pointed out how people there live differently than those in the western world, how the adolescents develop without the “emotional and psychological distress” as we are used to in this part of the world. Astonishing! Well, it was astonishingly untrue. What she saw in Samoa was actually only what she wanted to see. The same here, with Pandora. It is not another world, but the same old one. Just put another pair of legs on this horse and move its nostrils at the base of his neck, make the people a lot taller and make them… blue, etc. It is not an Experience as one would want an Experience to be. Someone called it a Techno Kitsch. I think I might go with this description.

Soul Kitchen – If you don’t feel like doing much in the evening, go see it. It is fun but otherwise not much. It tries to be something it is not (namely, an American movie). But anyway… It’s funny… 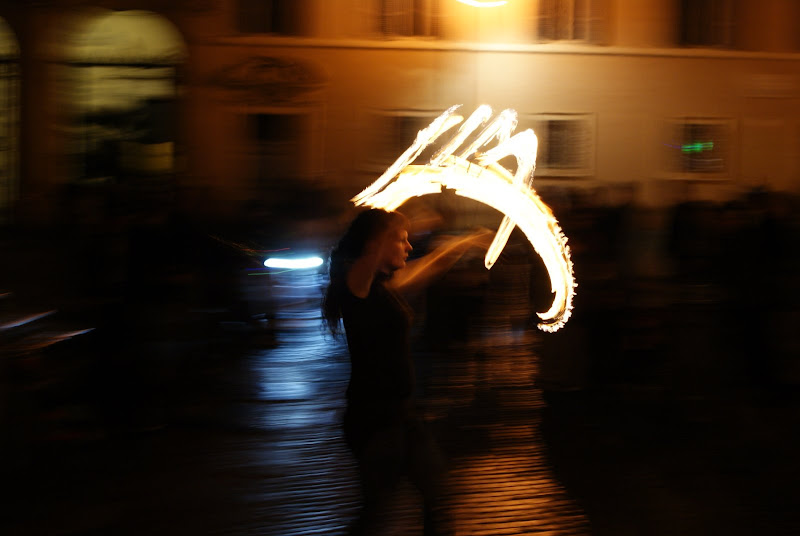