A little while ago I heard Toni Morrison speak about her latest book, God help the Child, a book in which a mother has a hard time dealing with the fact that her daughter is of a much darker skin color than herself. A sort of a twist on the whole idea of racism about which, however, I am not going to write here now. What prompted me to write is something else: how well do we understand children? In the interview, Morrison also talked a bit about herself in her role as a mother and said that she thinks everything she did and said back then (she’s now 84) was wrong. Writing this book, she said, made her re-live past events and she was not happy with how she dealt with them.

“When I’m not creating or focusing on something I can imagine or invent, I think I go back over my life — I don’t recommend this, by the way — and you pick up, ‘Oh, what did you do that for? Why didn’t you understand this?’ Not just with children, as a parent, but with other people, with friends. … It’s not profound regret; it’s just a wiping up of tiny little messes that you didn’t recognize as mess when they were going on.” Morrison

I think I cannot agree more with her. With adults, it might be a bit easier to understand what they think and feel just by paying close attention to their body language, to their choice of words and (seemingly involuntary) slips of the tongue. Adults have more in common than one would be ready to accept. And those adults around whom one spends most of his time (at work, at home, or during leisure) are even more so. It is a common fact that we tend to associate with those who mirror our own way of life. Of course, sporadically, you might pretend you do not understand what they mean, just to hear them say infuriating things out loud, things you all might end up regretting. Or otherwise you switch the knob all the way back to MUTE just so that you can avoid any conflict welcoming remarks. Which is, again, not a very good strategy and might not bring you very far. But with children it is a tad more complicated. You cannot read them as you usually would an adult because their signifying luggage is still rather flimsy. Their body language is rough and rudimentary. Their thesaurus quite thin. They are not very good at lying or at being subtle. I think it would be wrong to expect them to mold onto your expectations of what it means to reasonably communicate thoughts, feelings or emotions. Not being able to make sense of how a child reacts does not necessarily imply that they have an evil plan, or that they defy you or that they have a purpose when they proceed in doing the opposite of what you ask them to do. No. They simply cannot express what they think/feel in a way you, the adult, can understand. The triangle that should be formed between the child, the world and the adult fails to close. Somewhere, one angle stays obtuse. Somewhere there is a meaning leak. How to get out of it, then? The way I see it, there are things that are immune to change, i.e., one cannot change the world, so much is certain. Thus, if there is a way out, it has to be through the two other parties left. But the child is too poorly equipped to grasp the nuances of their deeds, change accordingly and give an adequate response. It would be quite simply too much for them. The only one who’s left then is us: me, you, the adult. We could at least try to level off with the child. We should have the skills needed for this job. We should be able to take a deep breath (or two) and go against our impulse to rationally (or emotionally) argue or make a point. Empathy should be the word. Empathy should save the day. Do you know what the child might be thinking about? Do you know what kind of connections she has made inside her head? Connections which could put the whole situation in a different light? Do you know what she might be thinking next? What is it she might want to achieve? Can you see the logic (her logic) she inadvertently makes use of?
In a Freakonomics podcast, Alison Gopnik says that we should:

Yes, they are impatient, it’s true. Yes, very often their mind takes off in the least expected directions. But does that mean that they do not know how to behave? That they do not want to follow the rules upon which we built our society (sarcasm alarm)? That they find rebelling and challenging fun and they only do it to annoy you? I guess not. Perhaps you should try with (even) a little (more) patience. Perhaps you should try to put yourself in their shoes. Try to be a child yourself. You’ll understand them more than you think you can! Does “teaching them a lesson” ever work? I highly doubt it. That only makes them bitter, that only expands the unhappy time they have to go through. Perhaps a meaningful look would suffice. Perhaps a gesture could be more efficient than sending them in their room and let them swelter for a few hours. How much time are they really going to dedicate to re-considering whatever they did wrong and how much time will they spend recusing those who put them in this situation?

To go back to Morrison, perhaps we should step out of our routine for a while, at least when we try to spend some time with our offspring. Bringing up a child is a lot more work than babysitting! You have to stretch yourself backwards as well as forwards in time. In a split second you have to understand where a remark comes from, where a deed went wrong, where a fear was nested and try to guide the whole situation on a safe ground, to give an explanation, to raise a disapproving eyebrow, or to emanate calm and confidence.

They shouldn’t be really raising themselves, on their own. That’s why we, the adults, are here after all… 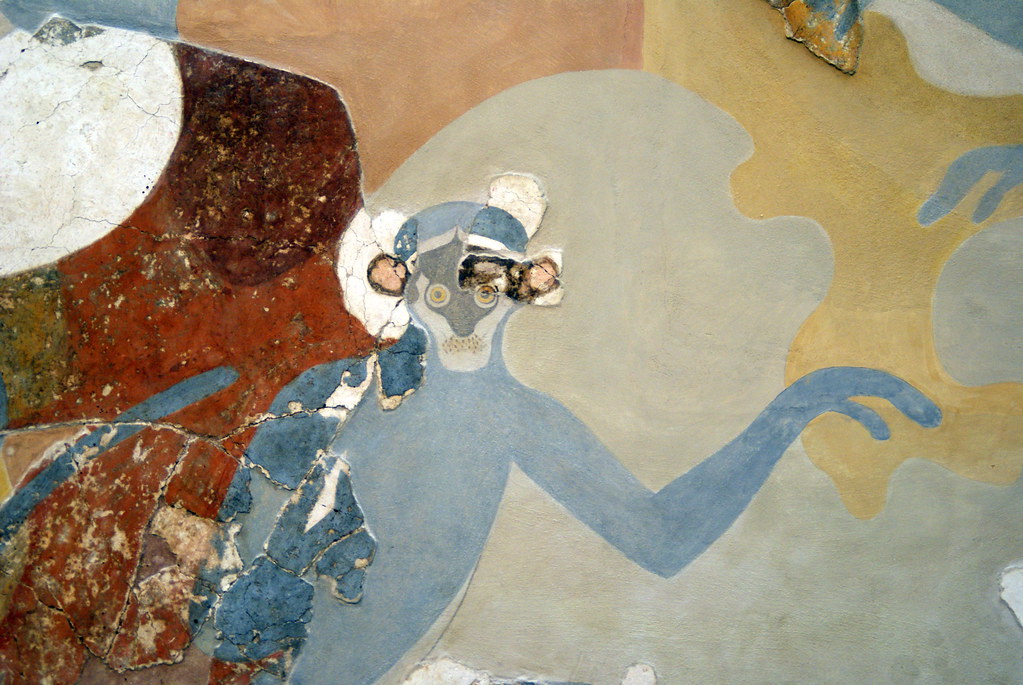