I read this in French. Had all the time in the world, but it went rather fast. The whole book is in the title: the gold fish that slips away. It gave me the impression though that at times it moved a bit too fast (as if the author felt he’s in a blind alley and had to get out in order to keep the story rolling). There are lots of scenes that stayed with me, there is a lot of pain in there as well and lots of broken people.

One can only love them – the two guys… Sammy and Joe. They hold together the whole book like the heavy chains from which Houdini always emerged victoriously. And you have the key. You, the reader. You open it and you (should) know you can only do it because of love. As Kornblum said, “only love could pick a nested pair of steel Bramah locks”. It made a stir, this book. Not very deep a stir but strong enough to feel it.

The words echoed Kornblum’s sound advice, but somehow they chilled Josef. He could not shake the feeling – reportedly common among ghosts – that it was not he but those he haunted whose lives were devoid of matter, sense, future.

Every universe, our own included, begins in conversation. Every golem in the history of the world, from Rabbi Hanina’s delectable goat to the river-clay Frankenstein of Rabbi Judah Loew ben Bezalel, was summoned into existence through language, through murmuring, recital, and kabbalistic chitchat – was, literally, talked into life.

The clerk or secretary – a woman, more often than not – pinned to a hard chair by a thousand cubic feet of smoky, rancid air that caught like batter in the blades of the ceiling fans, deafened by the thunder of the file cabinets, dyspeptic, despairing, and bored, would look up and see that Joe’s thick thatch of curls had been deformed by his headgear into a kind of glossy black hat, and smile.

The magician seemed to promise that something torn to bits might be mended without a seam, that what had vanished might reappear, that a scattered handful of doves or dust might be reunited by a word, that a paper rose consumed by fire could be made to bloom from a pile of ash. But everyone knew that it was only an illusion. The true magic of this broken world lay in the ability of the things it contained to vanish, to become so thoroughly lost, that they might never have existed in the first place.

He had been lying to her steadily, and with her approval, for years. It was a single, continuous lie, the deepest kind of lie possible in a marriage: the one that need never be told, because it will never be questioned.

Well, good that I stumbled upon this book! I mean, I knew about most of the stuff Darwin’s Rottweiler talks about here but never had the chance to put it into perspective. And that’s what he does with The Selfish Gene. Well, it’s a book which was published long before I was born, actually, but it does not seem to be outdated. I first saw Dawkins talking about this book in the documentary about Desmond Morris (one of whose paintings makes up the cover of the first edition). There are quite some new concepts which were somehow rearranged in my head. Never really thought of myself until now as a survival machine for my genes. Not bad, you genes! Well done! Right… No, really… Sure! Well, I could’ve ended up as a Nematode. They – can you believe this? – well… they (only) live in… I cannot even bring myself to write it! They only live in German beer mats!!!! Lucky them!

Different sorts of survival machines appear very varied on the outside and in the internal organs. An octopus is nothing like a mouse, and both are quite different from an oak tree. Yet in their fundamental chemistry they are rather uniform, and, in particular, the replicators that they bear, the genes, are basically the same kind of molecule in all of us – from bacteria to elephants. We are all survival machines for the same kind of replicator – molecules called DNA – but there are many different ways of making a living in the world, and the replicators have built a vast range of machines to exploit them. A monkey is a machine that preserves genes up trees, a fish is a machine that preserves genes in the water; there is even a small worm that preserves genes in German beer mats. DNA works in mysterious ways.

Genes for indirectly control the manufacture of bodies, and the influence is strictly one way; acquired characteristics are not inherited. No matter how much knowledge and wisdom you acquire during your life, not one jot will be passed on to your children by genetic means. Each new generation starts from scratch. A body is the genes’ way of preserving the genes unaltered. 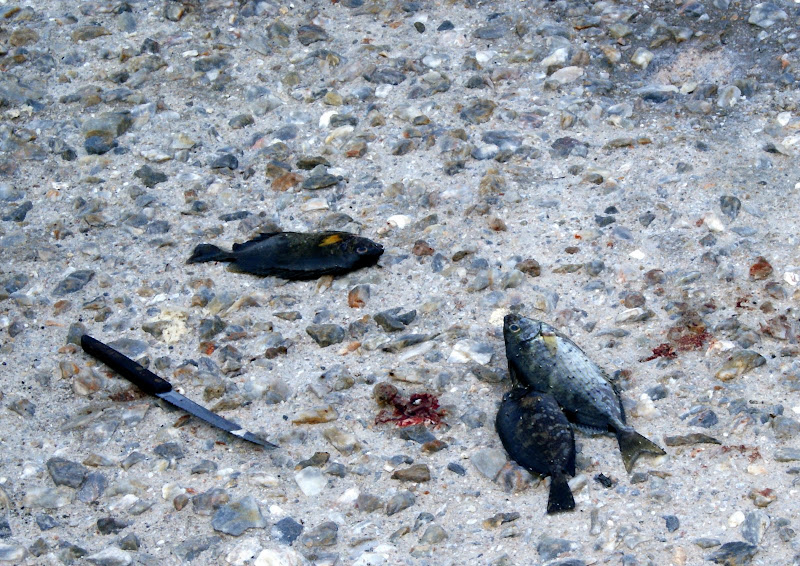