Yesterday,  another Galerienrundgang. I did not know about it until I saw someone who came into our gallery with the flyer. Funny thing though, this guy stepped in and, very confident said he’s been walking by every so often but never got in. And he wanted to ask if we only have Russian paintings.

“Actually”, I tried to be not very blunt, “at the moment we do not have ANY Russian painting in the gallery. We deal mostly with Austrian, German, Italian, French and Hungarian paintings. Russian stuff… we get this rather rarely…” That means, we have none and you have no idea about art.

Anyway. Galerienrundgang. As unexpected as it was, I liked it.

TB21 – Transitory Objects – Dan Flavian’s Neon Light reminded me of Turrell and his light space, Cerith Wyn Evans with something like a picture did exactly that, and the Neon columns were quite a feast of light (the whole room was bursting with light; it was light everywhere in every nook and cranny; little photons bounced from wall to wall like crazy and sometimes they found their peace in the dim courtyard below), not interested in John Bock,  Fred Sandback – liked, Rodney Graham – liked, Matthew Ritchie with ArandaLasch and Arup AGU – liked.

Galerie Krinzinger – Republic of Illusions (Anita Dube, Sheba Chhachhi, Probir Gupta, Pushpamale N., Ram Rahman, Raqs Media Collective, Dayanita Singh) I have to learn a bit more about them before I make up my mind. 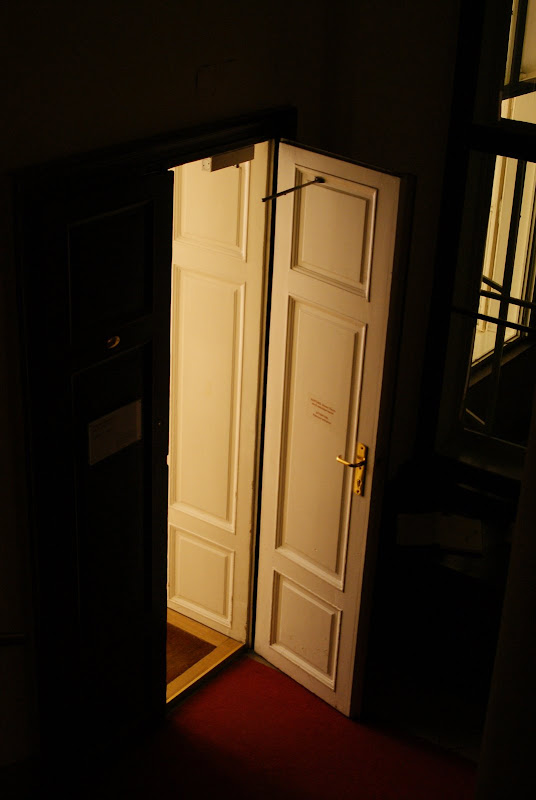