I finished reading Hemingway’s The Sun Also Rises. I have to get used to his style. There is none actually. He just writes. His technique of shaving off any words and phrases which are not vital for the plot is visibly at work. There is no subtlety, there are no hidden dealings. The story, all of it is right there, in front of you. What you do with it, is your business. In a way, it reminds me of Murakami. The writing does not spark; metaphors do not pop up here and there to make the reading more appealing. Actually, one does not really need them, a story can very well be a good story without much beautification. Nevermind! This is one of his early works. Am curious to see how his writing develops, what changes occur (if any), etc.. I hope I can follow.

Lady Ashley. Well, it is her I am thinking about (like most of the men in the book, anyway; the “lost generation”). She must’ve been very beautiful. Does this justify though the swarm of men around her? Writers, counts, bullfighters. Old, rich, nice, brutes, young, you name it! The events around the bullfighting are quite well developed. Her aching for the young torero, her using Jake whenever and for whomever she wanted… And he did not flinch once. Always there for her when she needed him. What did he get in return? Nothing more than her company. She must’ve been really something!

Men without Women – a collection of stories by Hemingway. Again, something he wrote when he was young. I think I can grow to like his writing. The first story is quite well written. And with the others I could see his sense of humor, his seriousness, his playfulness. Not that bad (sic!). And I even found myself laughing in the underground when reading An Alpine Idyll. It is funny.

The last story, Now I Lay Me, sent some melancholic shivers down my spine. The main character in the story is in a room where silk worms are being bred. Lots of them, gnawing away at the mulberry leaves. Not being able to sleep, not being able to close his eyes. Shell-shocked…

Back then, in the dusty and glorious Romania, one of our duties, as brave red tie bearers, was to do our best in everything we did. No matter if that were math, literature, sports or breeding silk worms. We had a couple of mulberry trees at the back of our garden and we’d pick leaves (a few plastic sacks full) and we’d bring them to school to feed them to the worms. They came once a year. They were delivered (by whom? I have no idea) and then, as mysteriously as they came, they would disappear. Somebody would drop by and pick up all the fat and silky cocoons. They lived their short lives on newspapers scattered across ping pong tables in the gym (actually, an all-purpose room). Their long bodies were crawling from one leaf to the next, eating and eating and eating. Late in the evening, at the beginning of autumn, sometimes even without electricity, it was eerie to hear them munching. We did our best! Always!

There was no fear that the whole world would disappear when one would close his eyes… No shell-shock. Not until later, in that spring when I realized what happened. As if I suddenly discovered that I was hanging on a tree-root above the abyss. 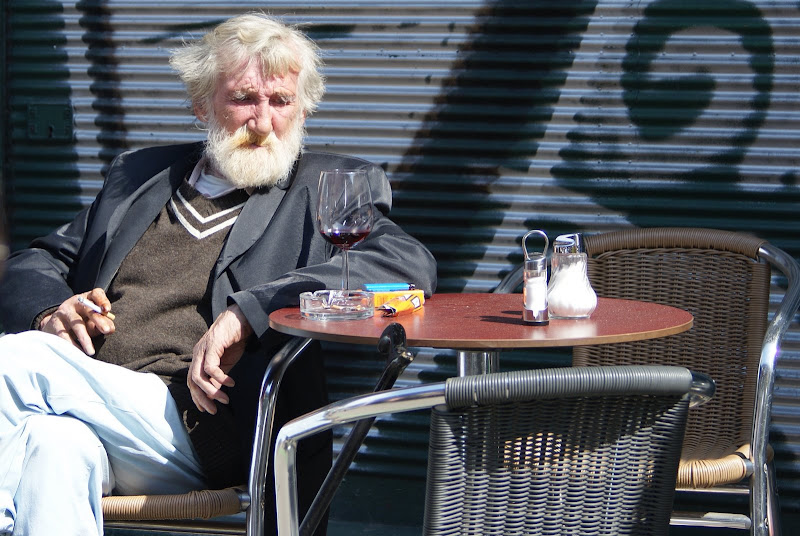