Vasari is important. He tells the truth about art and about its makers. The truth, as he saw it. His truth. In a way, he is another Aristotle. The latter was doing work in all fields of science, experimenting, pondering, discussing, writing, etc. He was happy to see how much philosophy advanced through his own contributions. And he was also sure that one day, sooner rather than later, perhaps even in his own lifetime, there will be nothing more to discover, structure or analyse. Philosophy will thus come to an end.

Well, Vasari is rather like him. His highest preoccupation was that art be true to nature, that painting and sculpture be realistic. After being such a long time forgotten, art became important again. With Cimabue and Giotto it started a new era and it progressed and it developed itself in an incredible way in just a few centuries. It reached an apotheosis with Michelangelo (who happens to be Vasari’s master). With him art attained perfection. For Vasari, there was nothing more one could have done to make figures more true to life, to make feelings more expressive, to make stone speak to us. Thus, even painting and sculpture would’ve come to an end.

Well, Michelangelo was able to almost surpass nature. Some of his work might seem to have been made by divine hands, says Vasari at one point. What does this really mean? In how many different ways could perfection be reached? It could mean that Michelangelo actually began threaded on another territory. He went over the realistic, true to nature art and got to a point where his work was touched by an ideal beauty. As if taking a turn and going from Aristotle back to Plato, from real back to ideal. 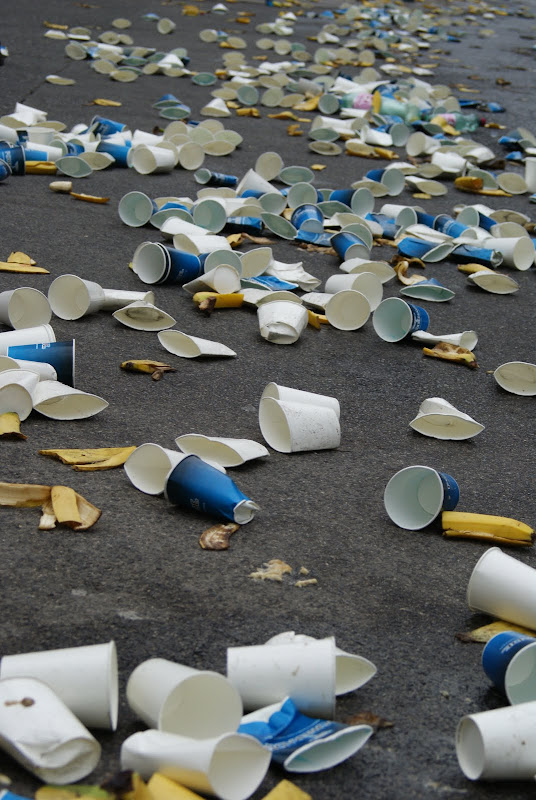